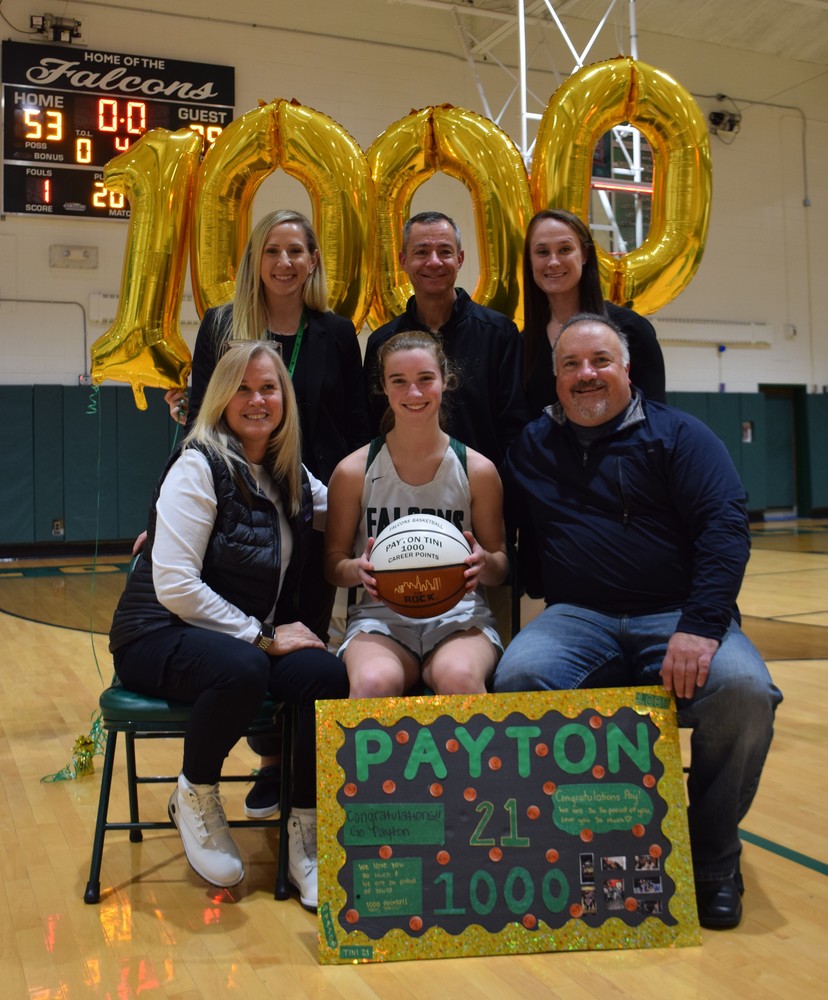 Locust Valley High School senior and starting point guard Payton Tini scored her 1,000th point for the Falcons during their game against the visiting Malverne Mules on Jan. 3. She became the fourth member of the undefeated 2020 team to achieve the feat, joining former teammates Lindsay Hogan, Paige O’Brien and Julia Sabatino.

Tini stepped to the free throw line with the team ahead in the third quarter and hit nothing but net for her career milestone. After celebrating with her teammates during a timeout, Tini got back to the court, helping the Falcons secure a 53-39 win with an impressive stat line of 25 points, nine rebounds, six steals and four assists.

Tini is a co-captain, who has played at the varsity level since she was in eighth-grade. She was also a starter in every one of the 54 consecutive games the team won from 2020 to 2021, which is a Long Island record. The point guard was an All-County and All-State player last year.

The basketball star also plays soccer and lacrosse for the Falcons and has committed to play lacrosse at Rutgers University in the fall.